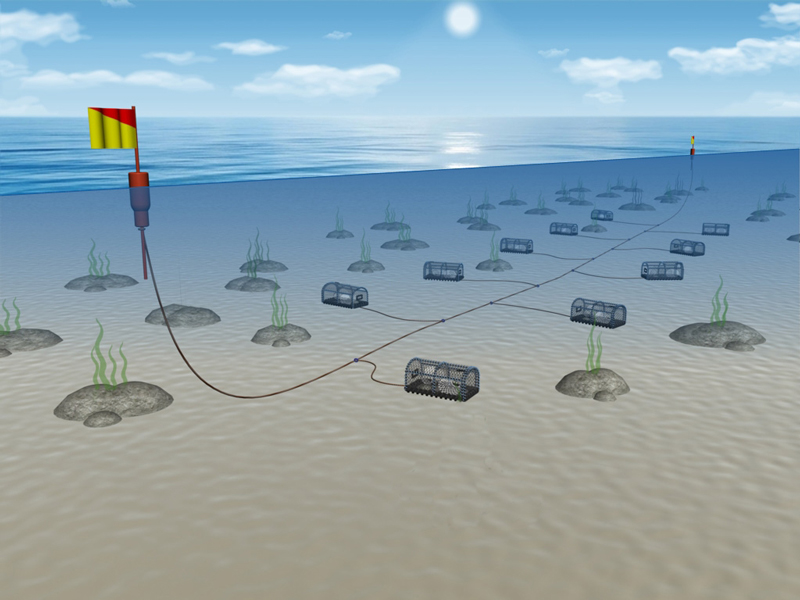 Baited pots are widely used around the Cornish coast to trap a variety of species including crabs, lobster, and crawfish. Occasionally specially designed pots are used to catch prawns, velvet crabs and cuttlefish.
There are many different designs of pots in use around Cornwall. Traditional ink-well shaped crab pots were originally constructed from willow withies, but nowadays pots are constructed from steel and nylon net with plastic fittings.  All traps are baited and allow the target animals in but prevent them from easily escaping. Pots are dropped down to the seabed and are left for several hours or days before being retrieved. Any undersized crustaceans can be returned unharmed and research has shown there is little impact on the seabed where the pots are deployed.
Hydraulic haulers and pots that can be baited quickly have allowed crabbers to massively increase the amount of pots they can use. A tier of pots can now be up to 100 long, and the entire line can now be hauled, emptied, re-baited and deployed again as quickly as a line of 30 pots could have been forty years ago.
Prawn pots are far lighter in construction, as are velvet crab and green crab pots. These can only be used in sheltered areas such as estuaries and bays.
Cuttlefish pots are much larger, and are baited either with a live female cuttlefish or a piece of white plastic that mimics a female cuttlefish. This technique is also occasionally used by some fishermen when targeting spider crab; a female crab will be used to lure in the more economically valuable male crabs.
Concerns have been raised that as numbers of pots used in Cornish waters are currently uncapped there is a risk that shellfish fisheries could eventually become over fished using pots. Recent years have seen large increases in amounts of pots being used (largely thanks to EU funding) A report published by Cornwall IFCA in 2018 stated that in many areas effort has significantly increased and that catch per unit effort for brown crabs has decreased up to 69% . Many fishermen are calling for restrictions on this fishery and Cornwall IFCA are working on a shellfish fisheries managment plan. 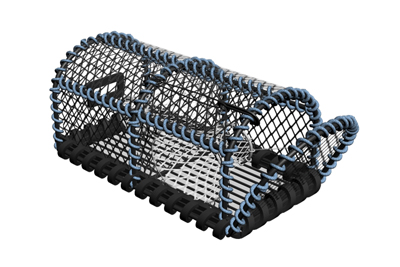 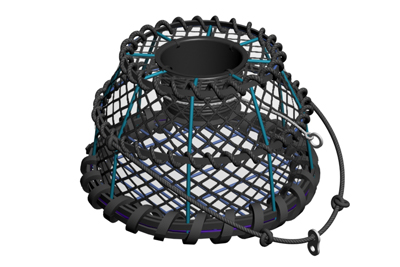